In today’s modern world, sleep is a luxury. Our always online society and the proliferation of smartphones contribute to a blurring of lines between home and work. As a result it becomes harder to leave the stresses of the office at work and easier to work from home late into the night.  Even our social lives have invaded our bedroom. We stay up late at night with smartphone in hand as we scroll through the latest news feed updates on social networks such as Facebook, Instagram, or Snapchat. Services such as Netflix, Amazon Prime Video, Hulu and HBO Now make it even easier to binge watch TV late into the night.

Recent studies have shown that the blue light emitted by screens such as smartphones, computers, and televisions are linked to decreased melatonin production.  While this can keep you alert during the day it will disrupt your circadian rhythm at night. Other studies have also linked a lack of sleep to increased depression. Using smartphones, computers or watching television at night can actually keep you awake longer and decrease the quality of sleep that you do get.

Breaking your late night TV watching habits can result in better sleep and as a bonus, a lower electric bill.  Try the following apps below to improve your sleep without the intrusive blue light of a television set.

White Noise and Deep Sleeps Sounds is available for iOS (iPhone, iPad, iPod) and tvOS (Apple TV). The Apple TV version has an option to blank out the TV screen to prevent blue light emissions. The app has several high definition sounds in three categories (Mechanical Sounds, Sounds from Nature, and Colored Noises). 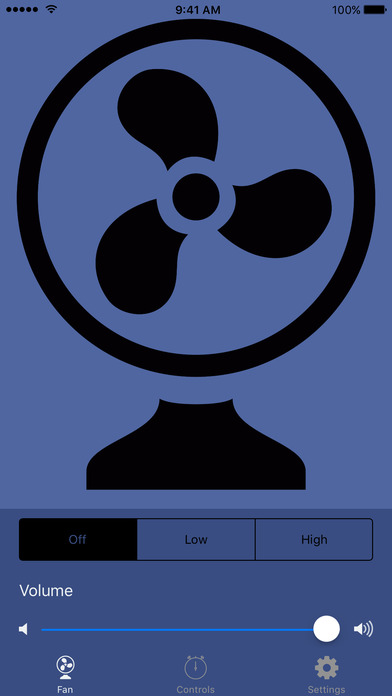 Another popular alternative to falling asleep to the sound of a TV is to have a fan blowing at night for the white noise. If you are already used to sleeping with a fan you can use the Deep Sleep Fan app to accurately recreate the sounds of a fan at night.

Another great way to achieve white noise at night is to put an Air Filter in your bedroom. It can pull double duty as a sleep machine and an air purifier. The Honeywell 50250-S True HEPA Air Purifier is great for up to 390 square foot rooms. It’s low setting is the perfect volume for falling asleep to. The carbon pre-filters are inexpensive and easy to change. I personally suffer from dust allergies and have purchased three of these, one for my bedroom, living room, and home office.